The mission of OneMama Incorporated is to bring prosperity and health to people all over the world by empowering women as caregivers, mothers, businesswomen, and agents of change for their rural communities. It is also critical that the voices of women and girls be heard during the 25-year review of the Beijing Declaration and Platform for Action adopted at the 4th World Conference on Women in 1995. With a five-year review and implementation milestone quickly approaching towards achieving the Sustainable Development Goals of the 2030 Agenda, 2020 will prove to be a pivotal year for gender equality and the empowerment of women and girls.

The Beijing Declaration and Platform for Action was an important historical milestone for all women globally bringing attention to women’s concerns and recognizing women as equal partners in policy development. It reaffirmed that women’s rights are human rights and that women need to enjoy equal rights and opportunities with men in order to create sustainable and just societies. The Beijing Declaration and Platform for Action made comprehensive commitments under 12 critical areas of concern and specified ways to implement improvements on national and global levels. The objectives addressed included the development of gender-based methodologies and the revision of laws and administrative practices. On the international scale, the implementation of the Beijing Declaration and Platform for Action had a significant impact, but further action is crucial to ensure gender-responsive strategies, gender based-research, practices, guiding principles, and continuously considered public and private sector operations. OneMama Incorporated operates in the East Africa member state Uganda and in the United States, partnering with consultative NGO Women’s Intercultural Network (WIN) that adopted the Beijing Declaration and Platform for Action as a framework for grassroots organizing in California and in Uganda. We have witnessed a significant win for women in our United States operating municipality of San Francisco, California with the implementation of the Convention on the Elimination of All Forms of Discrimination Against Women (CEDAW) as a city-wide ordinance in 1998. The implementation brought women closer to equality by requiring gender analysis of government departments and creating the Gender Equality Principles Initiative (GEP Initiative). These tools adopted the human rights lens, helping to prevent discrimination and integrate gender considerations into daily operations first within the city departments and more recently in the private sector.

Between 1980 – 1985, OneMama Incorporated’s primary program operating territory Uganda both signed and ratified the Convention on the Elimination of All Forms of Discrimination Against Women (CEDAW). The member state, however,  is not without challenges implementing it and the Beijing Declaration and Platform for Action. In the 2018 Global Gender Gap Index, Uganda was ranked 43rd out of 149 countries with a score of 0.724. Gender inequality is still persistent particularly in ownership of productive assets. Women own only 28% of the owner-occupied houses and 27% of agricultural land. Regarding financial inclusion, 48% of adult women do not save their earnings. Despite these challenges, Uganda’s Gender Equality and the Women’s Empowerment (GEWE) draws legitimacy from its Constitution which mandates the State to ensure gender balance and representation of marginalized groups.

The Beijing+25 review will occur in 2020 post the 64th annual session of the Commission on the Status of Women. Since the Fourth World Conference on Women in 1995, stakeholders have met on several occasions at the regional and global levels, in 1999/2000 (Beijing+5), in 2004/2005 (Beijing+10) and in 2010 (Beijing+15) to review progress made in the achievement of gender equality and development of what are now identified as the Sustainable Development Goals of the 20/30 agenda. In June 2000, the General Assembly also adopted a political declaration, reaffirming Member States’ commitment to the Beijing Declaration and Platform for Action’s objectives. Prior review of the progress member states made regarding the twelve critical areas of concern remained slow in certain areas, namely in the areas of Sustainable Development Goals 1, 3, 5, 6, 8, 11 affecting gender empowerment, the overall participation of women in economies, and their maternal health. OneMama Incorporated is committed to the advancement of SDGs through its ongoing aforementioned efforts and makes the following recommendations:

Peripherally, we recommend all governments participate by forming national plans of action to implement the Beijing Declaration and Platform for Action locally and continue to monitor these action plans by holding regional and local governments accountable. The National Plans of Action for each country must outline specific activities that the national governments will undertake to improve the situation of women according to the Sustainable Development Goals 1, 3, 6, 5, 8, 11 and the 12 provisions outlined in the Platform. Officials should track with a matrix their efforts by goal for all public programs.

Since 1995, and particularly in the last five years according to Uganda’s June 2019 National Report on Implementation of the Beijing Declaration and Platform for Action by the ministry of Gender, Labour, and Social Development, the government has multiple initiatives underway for the advancement of women and girls in line with the Uganda Vision 2040. Initiatives include The Higher Education and Students Financing Board Act, 2014; Domestic Violence Act, 2010; the Prohibition of Female Genital Mutilation Act, 2010; the National Health Policy in (2016) addressing maternal health needs to name a few.

OneMama Incorporated also operates in the United States where 25 years later it remains a challenge for the federal government, non-governmental organizations, and non-profit service organizations to make effective use of policy. The United States continues to be one of five member states failing to ratify CEDAW. OneMama Incorporated has partnered with US-based NGOs, including Women’s Intercultural Network who architected the Cities for CEDAW campaign to continue our efforts towards addressing the 12 critical areas of concern, namely reducing poverty and increasing women’s participation in economies by empowering women as entrepreneurs; addressing maternal health issues in rural communities; increasing women’s power in decision making, and supporting training and education.

Globally, we must also engage in public-private partnerships often to increase the presence of women on leadership teams, on private sector budgeting committees, and within the workforce in all member states. Working as private sector technology and financial institution consulting leaders, OneMama Incorporated’s officers ensure private sector participation and compliance with the Beijing Platform for Action and Sustainable Development Goals, including influential hiring decisions of women leaders in addition to participation in conferences and authoring books and materials for the advancement of women while raising awareness of global conditions for women.

Individually, we must support efforts in local communities for the advancement of women and girls by asking how we can contribute using the strongest two global frameworks for gender equality: the Beijing Platform for Action and the Convention on the Elimination of all Forms of Discrimination Against Women.

OneMama is struggling you guys…!!! We need a miracle right now. Donations are at an all time low. OneMama had some rough choices to make and needed to cut back. We had to reduce medical staff and supplies, essential programs, education, and much more over the past 9 months… and the community is feeling it.

Not only that, but OneMama’s goal for the Uganda clinic to become 100% self-sustainable within 10 years is here! OneMama is 10 years old this year, and despite the financial setbacks we are SO CLOSE!! Due to the economical climate in the US, people are giving more locally, and we love that and we don’t want to take away from that.  It’s just that OneMama’s goals are being hindered by essential lack of funding to get us over our last hurdles. Can you help?

A simple act of giving can spread exponentially across all walks of life. All we need are a few people who are willing to say “YES! I will be a global game changer! I can be an action hero of change!” and make a pledge to OneMama today. Help us make these past 9 years worth it – and for OneMama’s 10th year to be its strongest!

Please click here to donate a single amount or, for an even greater impact, a pledge recurring amount for 100% match! There are also thousands of dollars in bonus donations that are up for grabs! 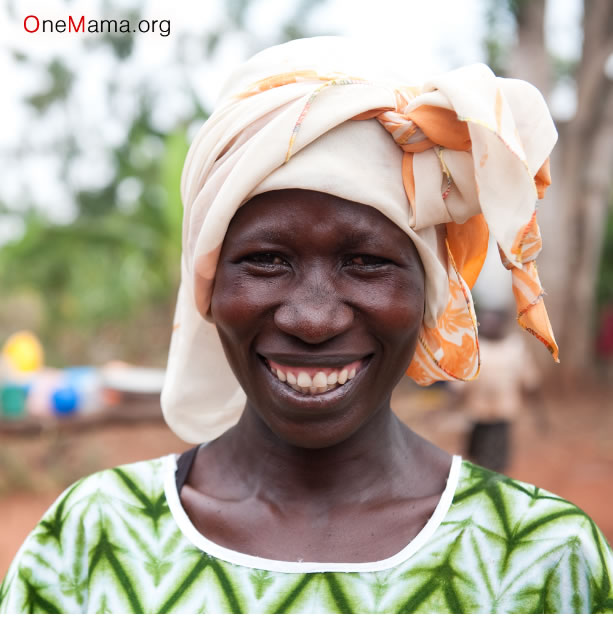 With your help just this week, together we could really make a huge impact for a whole lifetime for the OneMama communities. Thank you to all who love and support OneMama. We simply can’t do it without you.

Love and Light,
The OneMama Family Order yours today – 100% of proceeds go to OneMama programs!